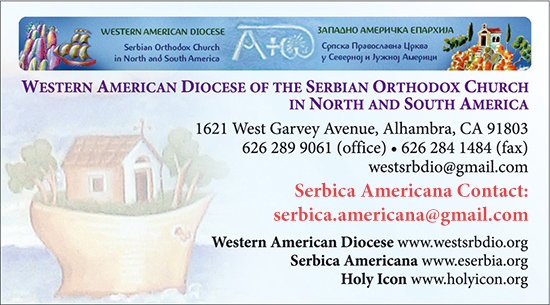 His Grace Bishop Longin of New Gračanica and Midwest America was born on September 29, 1955 as Momir Krčo in the town of Kruscanje Olovo. His parents were Stanoje and Andja Jovanovic. He attended grade school in Olovske Luke from 1962 to 1970. He entered Three Hierarchs Seminary in Monastery Krka in 1970 and graduated in 1975.

He entered the Moscow Theological Academy in 1975 where he graduated in 1979. From October 1980 to April 1981, he served in the Diocese of Zvornik-Tuzla as secretary of the Executive Board. He was also administrator of two parishes. On the decision of the Holy Synod of Bishops he was appointed as lecturer of the Holy Three Hierarchs Seminary in 1983 for two years.

To Christ and the Church

The Divine Eucharist as the All-Encompassing Mystery of the Church