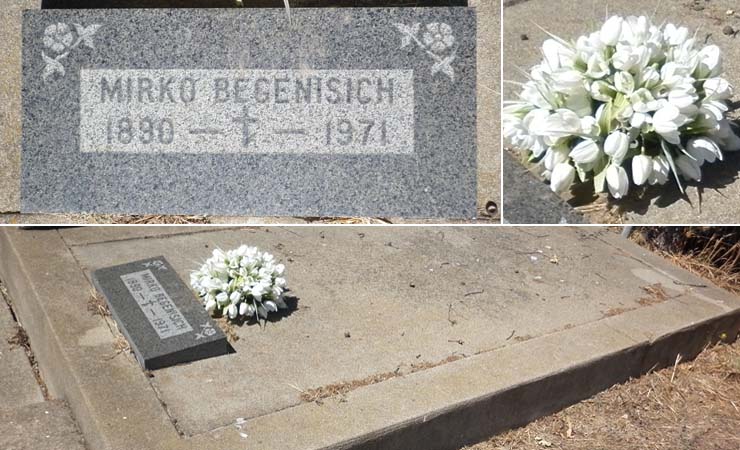 Dan Tana (born in 1933 as Dobrivoje Tanasijević; Serbian Cyrillic: Добривоје Танасијевић) is an American actor and producer, restaurateur and former professional footballer from Yugoslavia. Tana is the proprietor of an eponymous restaurant, Dan Tana's, in West Hollywood, California, as well as being closely associated with football clubs Red Star Belgrade and Brentford F.C.

Tana was spotted playing football at 12, and offered an apprenticeship with Red Star Belgrade. He spent five years at Red Star, developing as a striker. His restaurateur father had been arrested by the new communists authorities established at end of Second World War and led by Marshal Tito, and his restaurants nationalised.

Tana was aged 17 when he toured Belgium in 1952 as part of the junior squad of the Yugoslav football team Red Star Belgrade to play R.S.C. Anderlecht. While in Brussels, Tana abandoned the team and stayed in Belgium.

On The Holy Liturgy

The Divine Liturgy is at the center of Orthodox Christian life. It is through the Eucharist that the faithful are united with Christ and therefore with one another. Every Eucharistic gathering is an image and a reality of the Heavenly Liturgy, i.e. unceasing Synaxis of angels and saints around God’s throne. Thus the Liturgy is the proclamation of and a real image of God’s Kingdom in this world.

In this television interview conducted by the Logos, a renowned Orthodox theologian and retired Bishop of Zahumlje and Hercegovina, his Grace Atanasije, brings forth these essential points citing historical development of the Liturgies bringing to light the present misunderstanding of certain Liturgical actions and movements.

Bishop Atanasije aptly points out the necessity for Liturgical renewal, i.e. moving away from passive liturgical attendance to active participation and immersion of the soul and body into a full communion with Christ.